Red Bull have confirmed there may be an engineering fault with their Vettel Uberfahren Schnellste 3.0 model.

The 4-times world champion had been performing exactly according to prescribed functional parameters prior to the 2014 season opener but has since undergone apparent operational issues resulting in below-optimal performance and command and voicebox glitches.

Top spanner geek, Adrian Newey said, “normally, Seb would be expected to operate within an efficiency window of between 95 and 99% of his capabilities.” 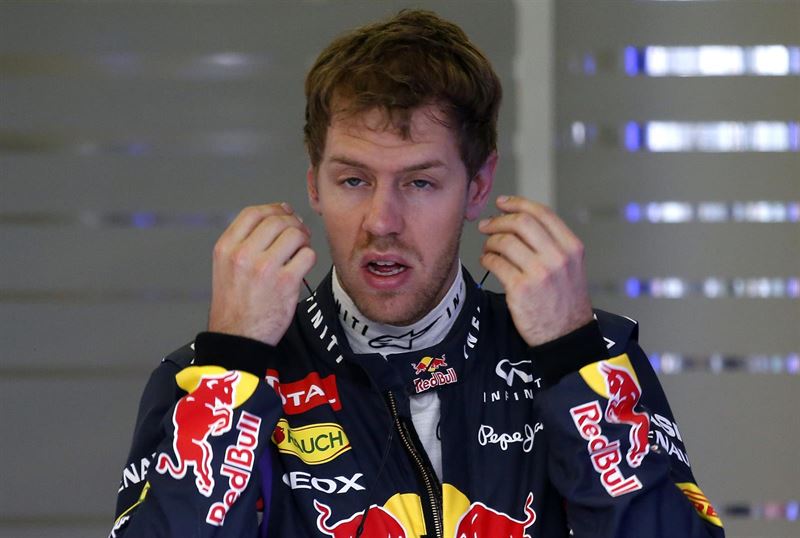 “Recently however, we have detected an unexpected variation in this operating range which we believe may be related to an incorrectly calibrated heuristic algorithm.”

“That or somebody dropped a bit of toast in his head when one of the boys was adjusting his vision settings.”

Vettel 3.0 replaced Red Bull’s previous model when it developed an antenna fault during 2013 which scrambled instructions sent from the pitwall to the German Autobot.

The team became worried as there was a very real risk the valuable apparent 26 year old human could crash or alternatively be smashed to pieces with a wrench by flesh and blood team mate, Mark Webber.

The old system built out of discarded Red Bull ring pulls was subsequently replaced with a more modern design off a 1995 Blaupunkt car stereo.

Paddock poll: “What is a diffuser anyway?”