Careers officers have seen a surge in the number of small boys who want to drive taxis when they grow up.

The sudden spike in interest came after an incredibly exciting Bahrain Grand Prix encouraged thousands of young F1 fans to think cabbing must be one of the sexiest careers on earth, if this is what hanging around outside Spearmint Rhino at 3AM in a vomit-stained Vauxhall Sharan is like. 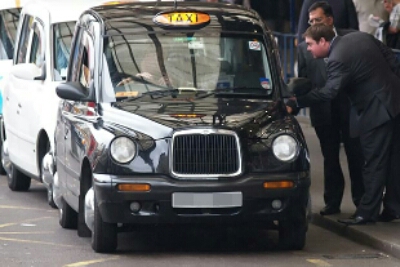 “But ever since Luca di Montezemolo compared F1 to taxi driving, such impressionable minds have reacted by wondering if it might not after all simply be a profession for short-tempered, middle-aged racists.”

“Ever since dad took me to my first race at Silverstone, I’ve dreamed of driving for Ferrari,” wannabe 10 year old racer, Buster Fringe told us.

“But now I know all I need is a drivers licence and a 15 year old Mercedes to have the same amount of fun, I’ve decided to hang up my F1 dreams for good and sign up for a career with Addison Lee.”

“Where – come to think of it – I won’t need a drivers licence either,” he added.