Formula 1 fans anxious about what on earth will happen in 2014 have been partially assuaged by Caterham and Marussia remaining apocalyptically awful.

Amidst tales of reliability issues, recalcitrant champions and once mighty teams spending more time in the garage than the track, the 2 mobile chicanes didn’t fail to disappoint by trundling round last when they weren’t pouring smoke from every orifice, being prodded by a disinterested mechanic with a screwdriver.

F1 Fan Barbara Dixon said, “all the talk of energy recovery systems, fuel saving, turbos and noses that looked like male pudenda made me really apprehensive about Formula 1 in 2014.” 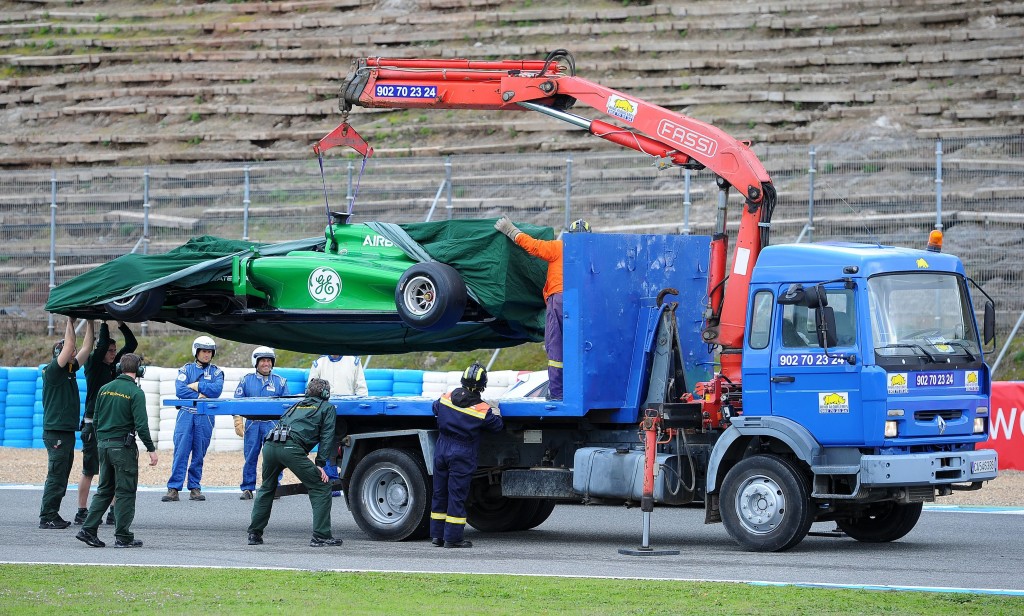 Everyone starting the season with a completely new sheet of paper meant teams wedded to poor designs were free to start again with the potential to move up the grid as others faltered.

But instead it’s turned out it doesn’t matter what the regulations are because nobody at Marussia or Caterham really knew what they were doing in the first place.

“So if amidst all the chaos in Melbourne I see a green brick on wheels being lapped every 15 minutes at least I know I won’t need another expensive heart pill prescription.”

“Or fresh colostomy bag”, she added.