Ferrari are to bring forward their reasons for inevitable failure in 2015 to the end of this season.

The Scuderia are ramping up their excuse technology in the face of criticism 2014’s cop-outs are already at the start of the season, way behind schedule. 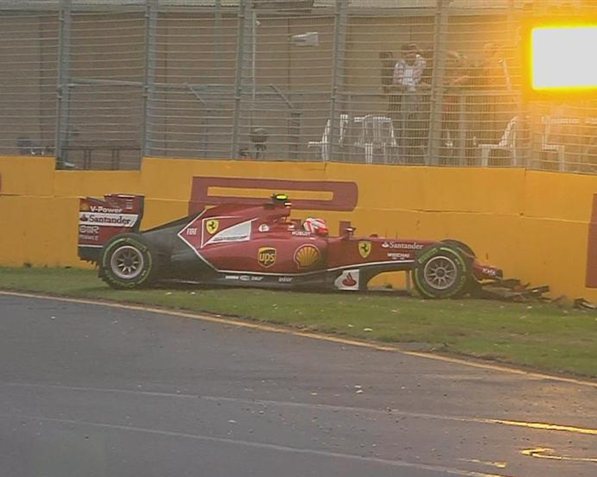 These mice get bloody *everywhere*, don’t they?

“Often they’ll be halfway through a season before they start going on about tyres, wind tunnels, cheating rivals and other nonsensical conspiracies.”

“Beginning the whining process in Melbourne is a step forward but they’ve got to up their game if they’re to avoid people being disappointed for at least part of each season, going forwards.”

The Italian team entered the 2014 season full of the sort of optimism they’ve displayed in the previous 3 years meaning there was little surprise when it turned out to be pure, unadulterated fantasy.

The famous marque now have to frantically regroup for Malaysia to figure out whether the current omnishambles can be pinned on someone in the engine department, the man who orders the coffee, Bernie Ecclestone or a Voodoo spell cast by a disgruntled viewer in Haiti.

“Red Bull were already blaming Renault in 2013. Have Ferrari learnt nothing?” O’Seanessy continued.

“Oh yeah: I forgot they re-hired Kimi, didn’t they?  I guess not then.”

Maldonado just happening to be hanging around F1 paddock