Ron Dennis’ Mclaren comeback is motivated by a desire Lewis Hamilton can never say he was right to leave the Woking team.

The 66 year old ousted former CEO, Martin Whitmarsh in January, livid at the prospect ex-protégé Hamilton was going to really rub their noses in it for the second year running. 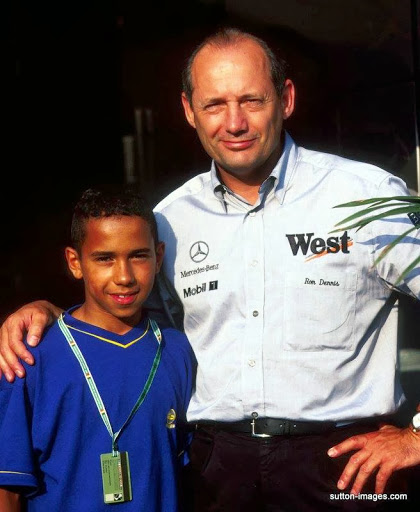 And if you cross me, I will kill you

“But the second he realised nearly a year later that not only had Mclaren let Lewis Hamilton go but to a team that wasn’t slower, he shut the coop, paused the VHS recorder and drove straight to Paragon: determined that Lewis’ troubled face wouldn’t turn into one of smug vindication.”

“Making sure he’d put the lid back on the yeast jar first,” he added.

Hamilton and Dennis formed a close bond from the moment the former famously bowled up to the head of Mclaren at a motorsports dinner and asked him bold as brass if he liked Teenage Mutant Ninja Turtles.

But the relationship soured when the 2008 World Champion refused to call Ron “Sir Ronald” and began insisting he travel everywhere with his 50 strong posse – including the podium.

“Ron has always said Mclaren exists to annoy anyone who doesn’t like them,” Windsor concluded.

“Or is it winning? No, I think it’s definitely the first one.”