One of Britain’s top prisons is finalising a deal to hold several Grand Prix in 2015 and beyond.

The South East London penitentiary, famous for incarcerating some of Britain’s most notable criminals and Jeffrey Archer, moved to the head of the F1 venue queue when it was revealed Bernie Ecclestone wanted to work from home more often. 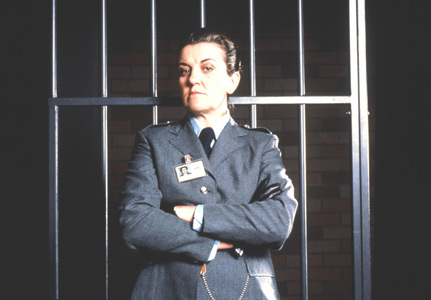 You know what you can do with that shower gel, Mr Ecclestone

“Negotiating with Mr Ecclestone about hosting a Formula 1 motor race therefore wasn’t any more terrifying than say, having to pacify a naked, oiled up Charles Bronson in an 8ft square prison cell armed only with a truncheon, stun gun and pair of handcuffs.”

The proposed 2.8 mile circuit will take in the exercise yard, do a loop round the sentry post and pass through the shower block before powering past both gyms for a grandstand finish.

“We’re going to have some amazing guests from the Grand Prix fraternity at the inaugural race,” Gordon continued.

“And the great thing is looking at this list, at least half of them won’t have to leave at the end of it.”

That’s it! FOTA and FIA to meet at bike sheds after school