Renault have insisted that you’d still have a nicer time if you holidayed in France rather than Germany this year.

The Gallic manufacturer put a brave face on its flimsy drivetrain’s self-destructive habits by insisting you’d still have a much better time frolicking on the beaches of the Cote d’Azur this summer than any equivalent you care to find in Wismar or Neustadt.

Main engine man, Monsieur Aubergine said, “there’s no escaping the elephant in the room here: and that’s that, however impressive German engineering is, the Dordogne is much better value than Dusseldorf any day of the week.” 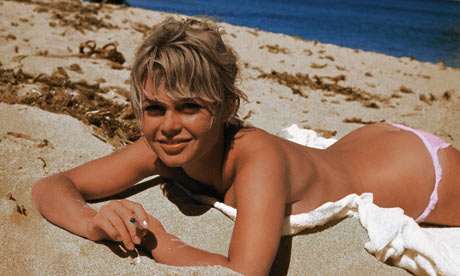 You know where you can shove Stuttgart too, don’t you?

Knee deep in engine oil trying hard to be heard above the sound of an engine on fire, the Boulogne-Billancourt based builder of the Twingo and Scenic moved swiftly to point out the intoxicating aroma of freshly baked croissants first thing in the morning, breathtaking gorges of the Loire Valley’s Pont d’Arc, Amiens Cathedral’s gothic splendour and the sort of cracking birds you get at pretty much any topless beach on the Croissette.

“Paris is nicer than Berlin, Cologne and Munich put together. The Alps are more beautiful than anything Bavaria has to offer. I mean, just look at Mont San Michel for Christ’s sake – and that’s in Brittany!” Aubergine continued.

“What’s Germany’s most beautiful equivalent? Berchesgarten? Well – at least that won’t leave a bad taste in the mouth, will it?” he added.

Hamilton to blame for not being able to blame Hamilton, says Massa