The 2014 F1 regulations are importing a race of alien cars that will cost everyone a fortune and ultimately spell an end to the jobs and livelihoods of dozens of hardworking men and women, F1 has decided.

A flood of ugly designs bearing lazy, flatulent-sounding engines that continuously blow up, wasting millions of pounds will be a disaster and a debacle and we said all this would happen unless it doesn’t by which time you’ll have forgotten we said it, they added.

Hard-working fan, Nigel Fudgeage said, “I’ve worked hard to get to wherever it is I’ve got to and it sickens me to my stomach to see these cars ruin the sole thing that keeps me from sleeping right through most Sunday afternoons.” 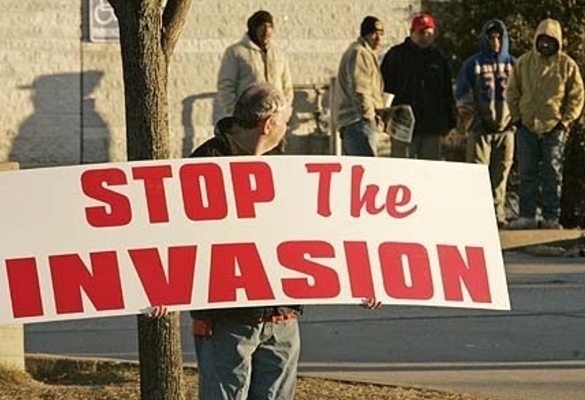 “Whether or not it happens is irrelevant: I’m sick to my hard working back teeth about it”, he spluttered furiously.

A series of technical measures had been introduced this year aiming to make F1 more environmentally responsible such as the replacement of V8 engines by smaller, turbo-charged units utilising energy saving devices and the posting of a composting bin outside the Ferrari Espresso bar.

But these measures have been criticised as futile and extravagant by everyone working in the ephemeral, multi-billion dollar mechanical fart-bubble as there’s now less money to be spent on champagne and hookers.

“Just keep that line about how crap everything is going to be so they’re distracted about me going to prison,” Bernie Ecclestone added.