Mclaren fans are to be twinned with those from perennial non-Premier League winners, Arsenal.

The Woking squad have had a wretched 2013 to go with respectively disappointing, excruciating and woeful previous years where they sometimes fleetingly looked like winning something before ending up doing nothing like that. 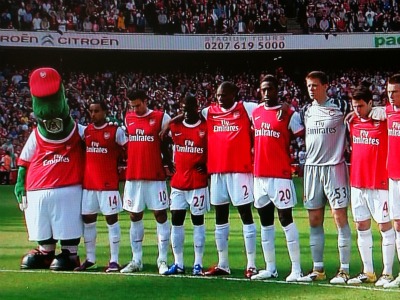 Shit: I thought we were getting Red Bull

Arsenal fan, Greg Breakfasts welcomed the impending alliance of sustained mediocrity and crushing disillusion, “we have won fuck all in 8 years yet are once again top of the league with what looks like a side that can beat anyone – apart from all the teams who’ve beaten us.”

“So like Mclaren fans, I too expect the whole thing to turn to a dribbling rust coloured streak of piss any time soon and look forward to swapping self-flagellating middle-class stories of proxy angst with like-minded people who also have too few proper problems in their lives.”

The ceremony will be conducted by Gary Linekar in a replica Italia 90 England kit in which the Walkers Crisp striker also nearly won something without ever looking remotely like actually doing that.