Red Bull have confessed it doesn’t matter how many races it wins, its popular drinking product still tastes like sucking battery acid through a clementine.

CEO and founder Dietrich Mateschitz made the confession in his traditional annual company Christmas address from his throne of golden Red Bull cans atop an amber plinth of failed Red Bull junior drivers.

“We have much to be proud of in 2013 especially Sebastian’s [Vettel’s] 4th World Championship,” the 70 year old billionaire drawled from his grisly not-quite-sports-excellence death pedestal. 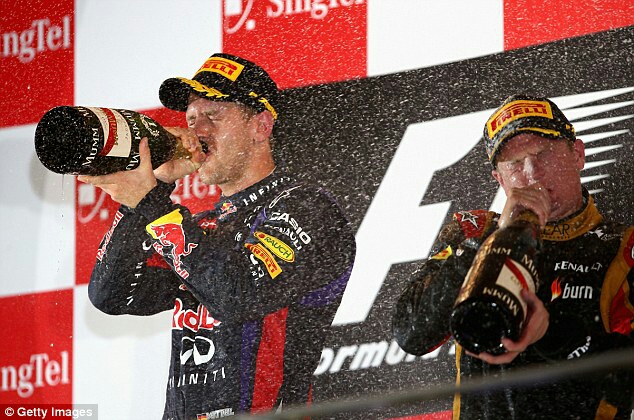 Christ – my gums are bleeding

“Profits are up; market share is up; We have branched out into markets and countries that – I’ll be frank with you – I didn’t even know existed until somebody in Marketing pointed at them on Google Maps,” the founder continued, Scott Speed’s face caught in the perpetual anguish of missed-apex torment below his left arse-cheek.

“But let’s be honest, all this winning doesn’t make the drink taste any better than a 2 day old Baroca that’s just passed through Lance Armstrong’s catheter.”

Red Bull took 4 years to become the unbelievably tedious F1 winning machine it is now though the drink has resolutely refused to taste of anything other than electric eel piss in the meantime.

“Sorry about that,” Mateschitz continued.

“I probably should have ploughed the winnings into a new recipe but it’s a bit difficult when all these idiots refuse to stop drinking what essentially is Irn Bru dissolved in an industrial level of cocaine.”

Yeah, but Maldonado thought Les Miserables was good as well