Everyone is looking at the 2014 F1 rule changes and crossing their fingers it’s the equivalent of David Moyes turning up to take charge of your football team.

Sebastian Vettel’s 4th title in a row drove many to contemplate the terrifying prospect of nothing but the grinning German Care Bear on the top step of the rostrum at least until osteoporosis finally sets in.

But radical new technical regulations have now convinced every desperate F1 fan it will have the same effect on the Austrian team as replacing the most successful manager in your team’s history with a Glaswegian Mr Potato Head. 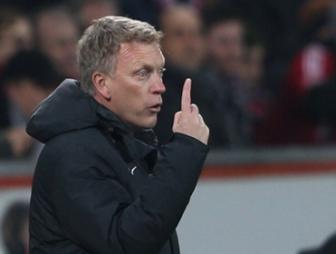 How many points are we going to get in December?

Mclaren enthusiast Jules Sweetbreads said, “like everyone else, I feared a nightmarish dystopian future in which Seb stood atop the podium for everymore.”

“But now the engines and the cars are going to be a bit different, I’ve convinced myself Red Bull are going to go from perpetual champions elect to like what Aston Villa were under John Gregory: shit.”

Moyes famously succeeded the multiple-championship winning Sir Alex in May and has seemed intent on balancing out the average trophy haul for the famous club whilst he’s still able, possibly until January.

“Red Bull are definitely going to be shit,” Sweetbreads included.

“I mean, look at 1998: the last time Newey was confronted by massive regulation changes. How bad was that car?”