Scientists at Newcastle-under-Lyme’s Max Planck institute of Applied Thinking about Crazy Shit have shown how the Hampshire driver’s unbroken sequence of race finishes is exactly twice that amount thanks to the quantum principle of time dilation.

Head combover in a lab coat, Professor Moss Relaxants said, “completing nearly 20 races in a row is undoubtedly impressive. But completing them in a Marussia is even more impressive as time travels much more slowly at that speed.” 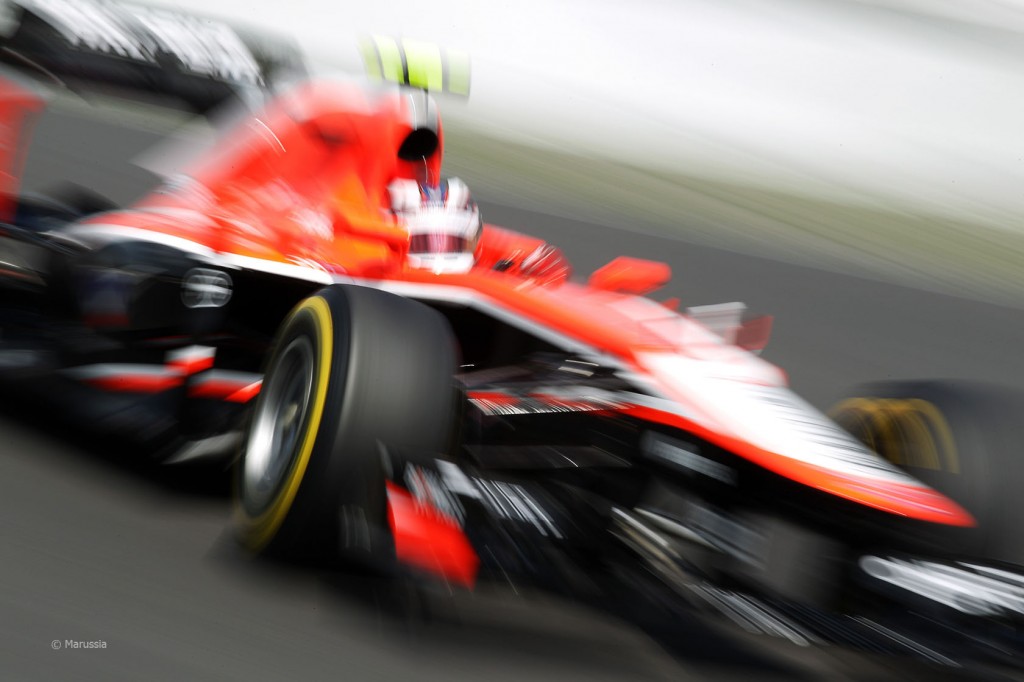 Nope: still looks slow to me

“It’s something to do with physics and shit and is well hard to understand but take my word for it: what Max did was sick!” the scientist explained.

The 22 year old Surrey chequebook has spent the season largely out of the limelight at the back of the grid.

But 19 races later – or 38 in Einsteinian terms – the paddock were amazed to discover the Surrey lad had somehow completed every one of them, albeit at a pace that would see him complete the same number of miles Sebastian Vettel did by the time the latter had got his 8th frigging title.

“Luckily, I am going so slowly I get enough time to wave at everyone whilst I’m going round so hopefully everyone knows how grateful I am by now.”

Kvyat still deciding whether to cry on the outside

Leclerc sorry for being good