Mark Webber’s Red Bull car will be glad to see the back of the Aussie pilot so it can finish some frigging races for once.

The apparently recalcitrant F1 mount has caught fire, shed wheels and eaten it’s own gearbox more times than the Australian can count – over 20 times during a 7 year period.

But the Adrian Newey penned shitbox has been defending itself against accusations of unreliability by pointing out who it’s been carrying the best part of a decade. 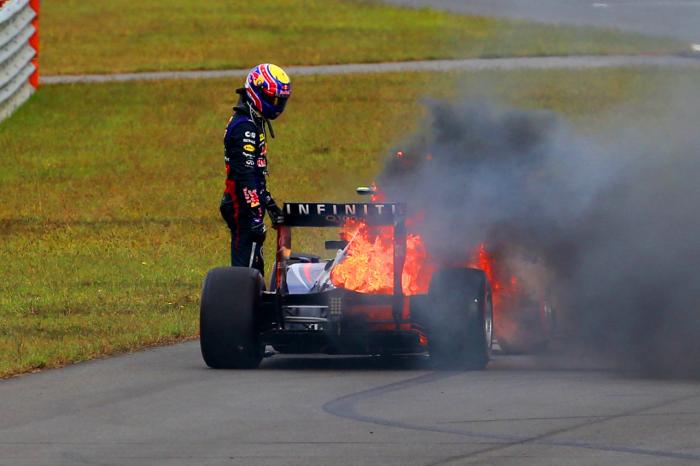 “Give me Seb. Give me Fernando. Fuck it: give me Grosjean or Maldonado and I reckon I’d have got to more chequered flags,” the pinnacle of racing car technology told reporters.

“But no, I got a whining Australian with a gipsy’s curse on one shoulder and a chip the size of a boulder on the other.”

“@Aussiegrit my arse: he should have been @Aussieshit if you’d seen what I’ve had to put up with,” the finely honed carbon fibre 4-wheeled missile coughed from its exhausts.

The otherwise apparently multiple-championship winning car was then told who was going to be driving it next year.

“For fuck’s sake! Another one? I’m going to be the laughing stock of the paddock – and that’s including Lotus”, it revved disconsolently.