As the German heads into the Indian Grand Prix and an almost certain 4th world title, speculation around how good the 25 year old driving the best F1 car in 50 years really is, nonetheless continues to occupy pundits the world over.

But the latest scientific research from researchers at the Eindhoven Gecochtesei Institute of Sports Stuff Research has proved once and for all that the already triple world champion is without almost any doubt whatsoever, definitely better than ex-Minardi and Jaguar pilot, Wilson.  More than likely. 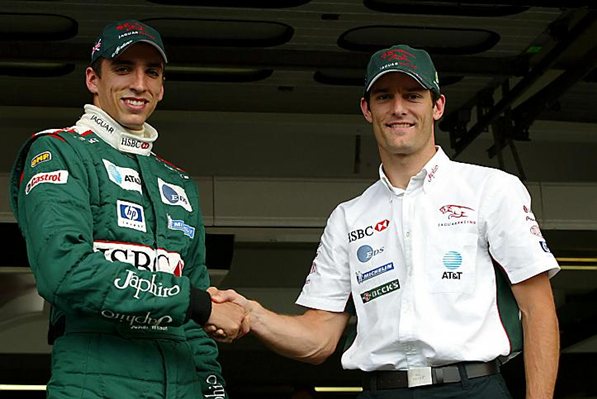 Bloke on right better than bloke on left, (not including Basketball)

“We have spent many thousands of hours studying lap-charts, form books, current and past performance as well as video tapes of previous races,” Professor Butch Treason told reporters.

“And we have come to the conclusion that because Seb has been quicker than his team-mate for 5 years who in turn was quicker than Justin Wilson when they were in the same team that – in all probability – that means Seb is better than Justin.”

The 35 year old Sheffield driver was quite fast about 10 years ago before people started to think maybe he wasn’t and he ended up going to America where that is the main qualification for a motor racing career.