Romain Grosjean has put the final nail in the 2013 season coffin.

But now the winsome bum-fluffed Frenchman has apparently grown peripheral vision even this proxy Chuckle Brothers treat has been condemned to the dustbin of Sky re-runs and Autosport Top 10 accident supplements. 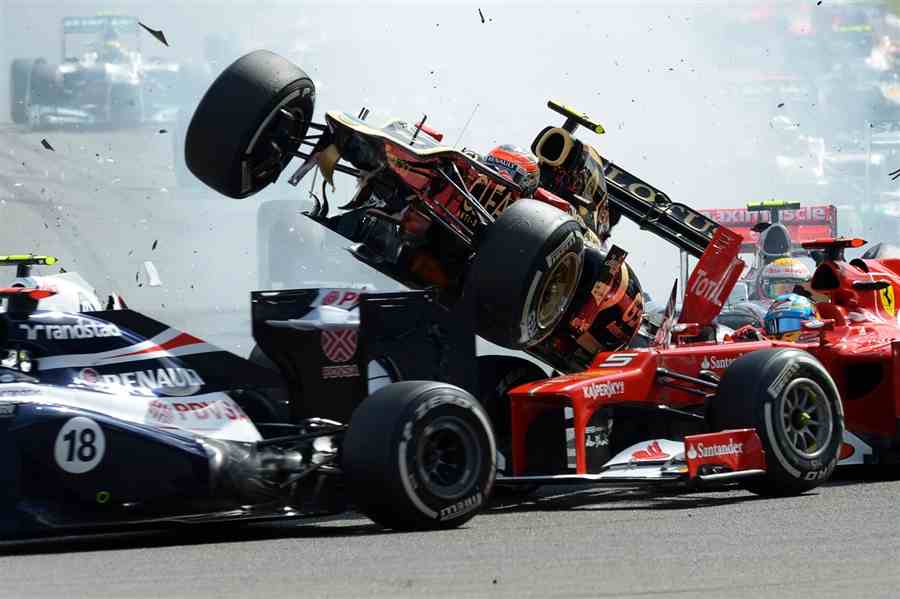 Now sadly a thing of the past

F1 fan Shuz Bakebender commented, “at least when I used to crowbar myself out of bed in the middle of the night to watch a race I could console myself with the knowledge a Vettel win would be punctuated by a French berk throwing himself at the rest of the field.

“But now he’s decided to treat other cars like cars – rather than delicious biscuits he has to stuff in his face as fast as possible– I find my self getting up for no apparent reason whatsoever.”

F1’s funniest European driver was still piloting his car like on an audition for a Laurel and Hardy tribute act as recently as Hungary.

“I think it’s probably having a child that’s done it,” Bakebender continued.

“Though he must have grown powers of speech pretty quickly to already be able to tell him to stop being a tit.”

Mercedes get Hamilton to fix nose