The word for second has had to be changed so all the F1 drivers don’t have to admit that’s all they now have to live for.

Top F1 driver, Fernando Alonso said, “second is not enough. I have never finished second in my life: I live only for victory!”

“Which is a pain as obviously that’s pretty much all I’ve done all year: driving my tits off for 2nd. Or as I call it, ‘plonth’.” 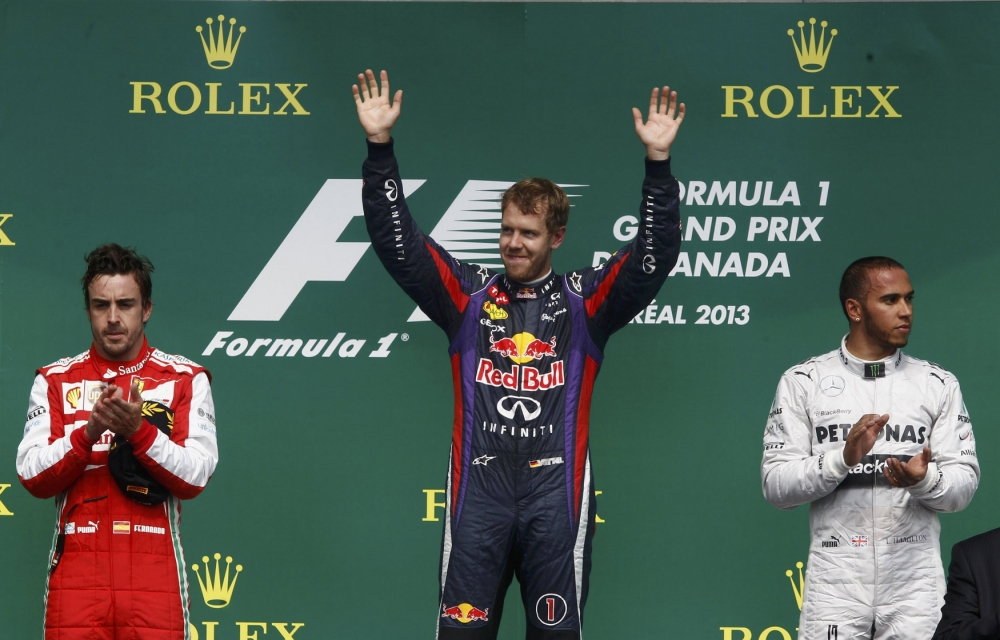 With victory now being impossible unless you’re a peroxided German piloting a toxic drink sponsored blue spaceship on wheels; drivers wanting to go as fast as their shitty, different-coloured car would go found it physically impossible to say they were trying to get second place.

Professor of This Sort Of Thing, Chester Nesquik said, “drivers are taught from a very young age to believe they are the fastest on the planet.”

“Which is all fine and dandy when they can win but is almost fatal if not being able to ever again looks like the rest of their self-indulgent lives.”

He went on to explain that drivers like Lewis Hamilton, Mark Webber and Max Chilton had therefore had to cope with the horrible reality their entire exhausting existence was reduced to getting to that slightly shallower step to the right of the big one with the German already on it.

Mclaren head Ron Dennis added, “fortunately we’ve never had this problem as the absolute best we can finish has been 5th.”

“And I can’t physically register any number below 4 so – personally speaking – I’ve been having a whale of a time.”