Sebastian Vettel’s 4th world driver’s championship is going to be the one he’ll struggle to recall at future dinner parties.

The 26 year old spent the beginning of the season teasing F1 fans with the possibility the 2013 season wouldn’t be as dissatisfyingly inevitable as the previous ones.

But 12 races in the Red Bull driver somehow has an unassailable lead with nobody, least of all the German being entirely aware how that’s happened. 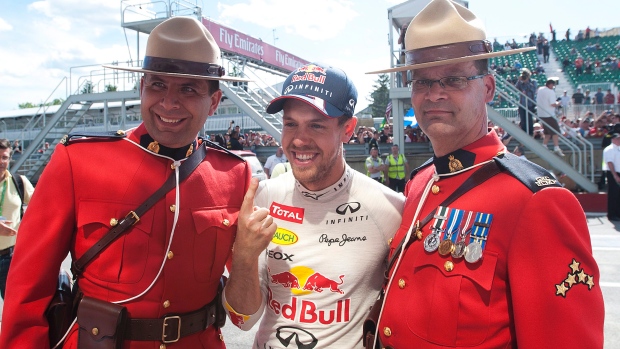 “I remember I won Malaysia – or rather, every podium I’m on I’m reminded about it,” he joked.

“I might have to watch a highlights package or something; at least for the autobiography. If even I can’t remember it it must be pretty piss boring to watch from start to finish,” he added.

Vettel’s previous 3 titles had been sufficiently disparate to fully engage the areas of the brain given to cognizant recall.

But 2013 has been like waking up from a 6 month bender; the only clue as to what’s occurred, a hazily-recalled man in a blue boiler suit and a Harpo wig running over the horizon.

“I guess I’ll just have to accept it will be the one title I’m not going to be telling my grandchildren about,” Vettel added.

“But then there will be 9 or 10 to choose from so I’m not sure it will matter all that much.”