Mark Webber‘s finely balanced game of online Scrabble against Sebastian Vettel is the only thing standing between him and walking into the F1 sunset, happy.

Following his triumph on the parochial hatchback roundup TV show Top Gear, the Australian told an audience of easily pleased middle-aged obese men he could retire from motorsport’s premier category with his head held high.

“I may have had the best car for nearly 5 years and done fuck all with it but I’m still proud of what I’ve achieved,” he said to a bunch of people who think anoraks can be stylish as well as practical. 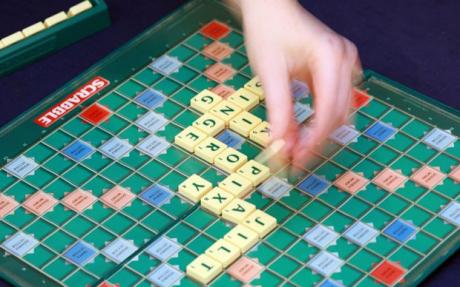 “And if I can just maneuver Seb away from the Triple Word Score, I may even be able to quit before we get to Monza.”

The 37 year old Red Bull driver announced his retirement 2 months ago shortly after handing his young German team-mate his arse at Monopoly during a team-sponsored family downtime event.

Since then, a co-ordinated ambush with fellow online players during Call of Duty, besting level 50 on Kandy Krush and an inspired punt on Professor Plum during a team-building weekend in the Cotswolds reinvigorated the otherwise perpetually 2nd placed Aussie.

“Okay, so Seb has 3 world championships but I have the lap record at Monte Carlo and Spa,” he continued.

“Or is that on Grand Turismo?”