Pirelli thought having their tyres explode without warning at the British Grand Prix would be a total chucklefest.

Speaking after the race where several of its products were reduced to flailing strips of rubber even more useless than the Mclaren one of them was attached to, the Italian manufacturer admitted it just getting a bit jaded with the whole going-a-whole-race-distance-with-fully-inflated-tyres thing.

Head of rubber and shit, Giorgio Treadio said, “we were just a bit bored to be honest with you. So we decided to put explosive charges in a random selection of tyres.” 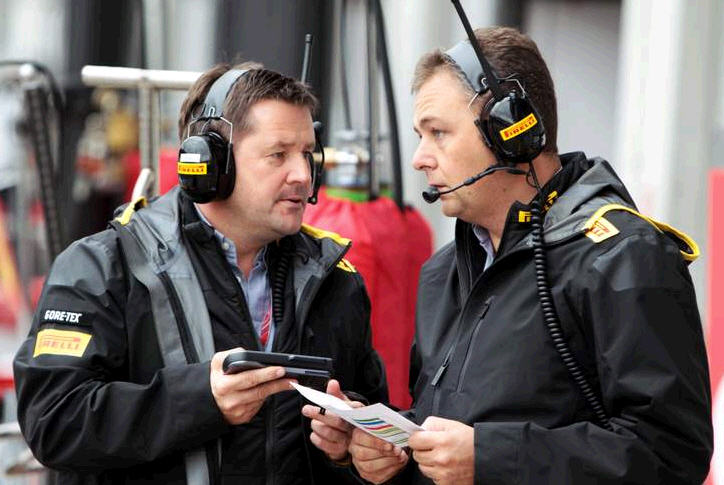 Who shall we fuck up next?

“Then the guys had a sweepstake and whoever got the first car won the pot.”

“Plus we could all bet on how many we thought would go in total and that went to charity. It was a really fun family day: until everyone started moaning about people getting killed.”

Sunday’s event looked like being a finely balanced duel between the Mercedes of home favourite Lewis Hamilton and Red Bull’s Sebastian Vettel before the British driver’s left rear was the first to go, earning Darren Fleetwood 23 pounds in Waterstones book vouchers.

“It’s not every day a children’s hospital gets nearly 50 quid from a bunch of strangers so I think the death warning and boycotting stuff was a bit of an over-reaction, frankly, ” continued Treadio.

“I mean; so we lose a couple of F1 drivers.  Have you ever *met* Nigel Mansell?”