Some human with fallopian tubes has successfully pointed a racing car in the right direction.

The person was allowed to complete the task last week at the Silverstone young driver test despite – unlike her fellow drivers – lacking the means to produce semiotic fluid.

Seasoned F1 observer, Banning Filth said, “I was in New York during 9/11. I saw two 100 storey buildings; great icons of American power and might, collapse in apocalyptic maelstroms of death and debris.” 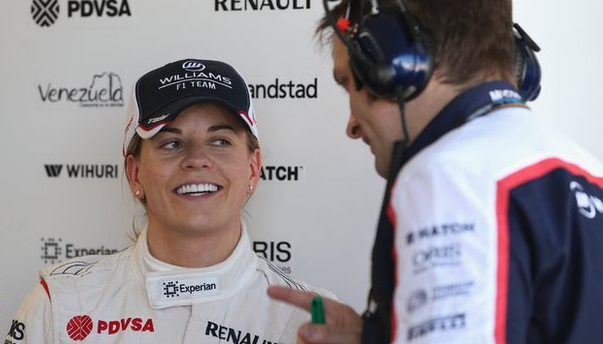 Could you leave the handbrake off this time please, love?

“The most powerful country in the world dealt a mortal blow by a handful of religious fanatics from a country 7,000 miles away.”

“But this is nothing compared to witnessing someone with a fanny remembering which direction Silverstone goes in,” he added.

‘Women’ have existed on Earth for as long as men but only learnt to drive less than 100 years ago.

Given their lack of experience they have therefore been kept away from racing cars never mind the fact they’d probably just crash them trying to drive to the shops whilst doing their hair or something.

“If mankind builds a time machine and journeys back to the very creation of the universe it will still be a poor second to being a witness of this extraordinary event,” Filth continued.

“I mean, it’s absolutely mental: they’ll be given the vote next!”