Fernando Alonso has asked Lewis Hamilton if he’s got time to write some touching ballads to Ferrari on his behalf?

Speaking after finishing a distant 5th at the Hungarian Grand Prix, the Spaniard said it was hard to put into words the way he felt about his Italian team so had asked his lovestruck former team-mate and bitter rival to put someone he doesn’t like much’s feelings into song.

Alonso said, “it’s really irritating when people say I can’t wait to get out of this maelstrom of hot-headed fuck-wittery and chronic under-achievement since I’ve been working hard not to look like that’s what I’m doing.” 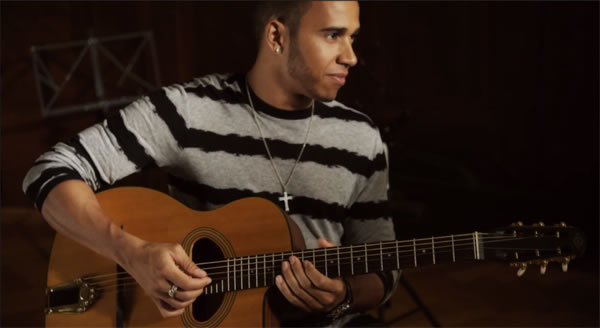 This next one’s called, YOU FUCKING BITCH, I HATE YOU!!!

“So I’ve asked Lewis – who has shown how good he is at writing songs about people he really, really likes so they’ll like him back – use those same skills to tell Ferrari unequivocally what they mean to me,” he told reporters whilst chuckling and crossing his fingers.

In order to win back ex Nicole Scherzinger, Hamilton revealed he’d written songs dedicated to the member of that pop group you knocked one off to about 5 and a half years ago; whereupon the American went into hiding claiming a sudden, fatal allergy to bulldogs and petrol fumes.

“I’m hoping such moving stanzas about loss and hurt and a kicking tune will have the desired effect, given Lewis’ obvious talents in that regard,” Alonso continued.

“And if he can get them to tear up my contract and forget about the unpaid F50 bills, I’ll pay him double,” he added.