Michael Schumacher ‘s legacy is to be reevaluated by a panel of independent lawyers.

The 7 times twice retired champion used to be the most feared competitor on the grid before his comeback in 2010 made him the most embarrassing person to hang out with at a Taki Inoue book signing.

But Lewis Hamilton’s recent arse kicking by erstwhile team-mate, Nico Rosberg have forced people to re-examine their re-examination of the German legend-or-was-he? 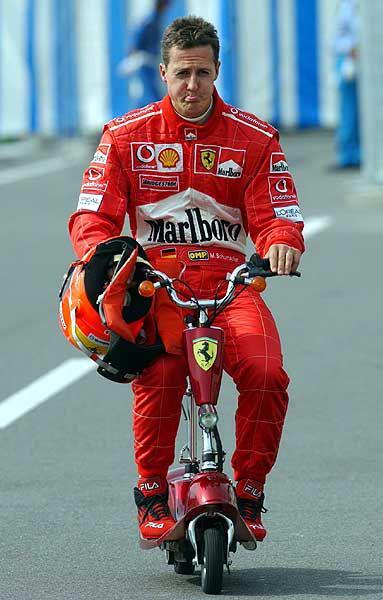 Don’t look so stupid now, do I?

“But maybe it’s time for us to look again at what made us all change our minds? Unless it isn’t and we were right all along.”

“Hang on, does that mean he’s a legend or not? See, even I’m confused,” the singer of hit singles Holding Back the Years and that other one said.

Michael Ball said, “ranking Grand Prix drivers is one of the hardest idle pastimes in the entire field of sports-guessmanship.”

“Didn’t Justin Wilson use to kick Mark Webber’s arse every week, for example? So you see what I mean?”