Mercedes GP have admitted they’ve no idea why their car goes as fast as it does. Or as slow.

After giving evidence at the FIA Test Gate hearing, team principal Ross Brawn admitted it didn’t matter how many times the car went round a track, they’re fucked if they know how it works. 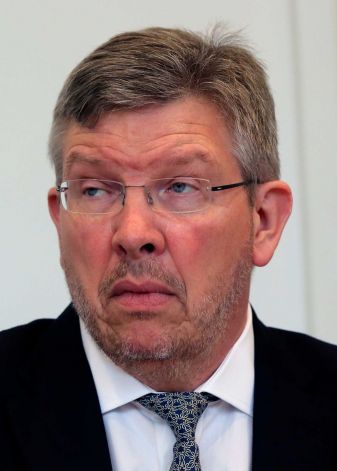 “We agreed to spend 3 days driving round and round even though we had no idea why or what the purpose was for or what we’d get out of it.”

“Basically, we pissed a load of money up the wall. I must have been drunk when I agreed to it.”

Pirelli requested the test after it realised its tyres were less resistant than a litre of Chunky Monkey at a children’s Birthday party in the Sudan in August.

But rather than just go back to making them out of rubber rather than recycled plimsolls, the Italian tyre manufacturer decided to ask apparently the most clueless team on the grid why its product fell to bits when you so much as looked at it.

“I remember at the end of 3 days of driving round and round, thinking: what the bloody hell was the point of that?” Brawn continued.

“That and the car would look better in green. Or was it yellow?”