Di Resta’s mechanics aren’t sure Paul knows how much of a tit they think he is.

The 26 year old Stephen Hendry tribute act has suffered consecutive Q1 qualifying cock-ups thanks to carefully engineered team screw-ups designed to annoy the Scottish foghorn as much as possible.

But subsequent points finishes have meant the walking call centre legal statement voice immediately forgot the whole team hate him, annoying the shit out of his fellow antagonisers. 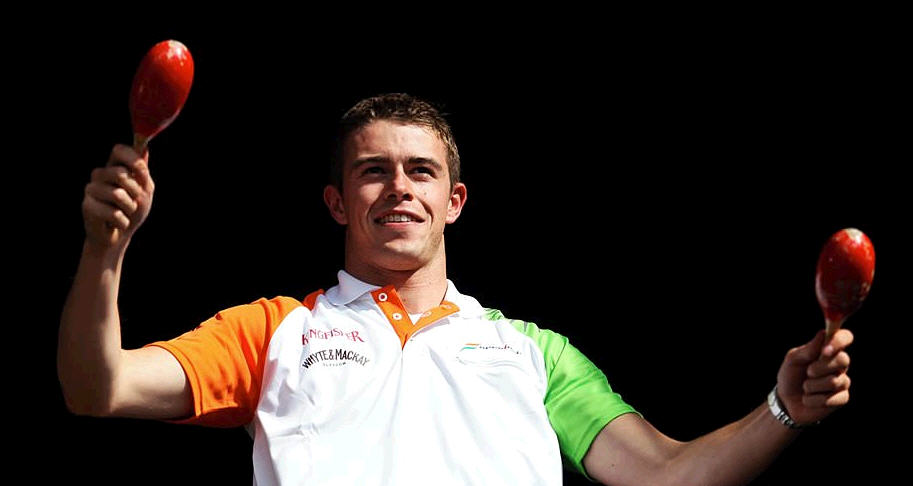 A mechanic not wishing to be named called Steve said, “you lot only get him for 90 seconds; we have to put up with him 24/7.”

“Every time he opens his pasty mouth I find myself mentally panicking about my bank balance, then suddenly remember I haven’t called RBS and it’s just Paul moaning about tyres or understeer or Partick Thistle’s league form or something.”

“I don’t think it’s unreasonable to want to smash his face in with a claw hammer then feed him to a pack of vicious woodland animals, therefore,” he added.

So far the team have “forgotten” to bring him in for a new set of tyres and “accidentally” left a slice of toast in the gearbox but confess they’re running out of spiteful actions that don’t appear utterly blatant.

“Can you pretend the piss on his cornflakes is really some engine oil somebody accidentally spilled on the way past his bowl,” Steve questioned?

“Or maybe we could just piss straight into the fuel tank or something? Actually, write that down; that’s good,” he added.