Announcing their return to Formula 1 with Mclaren, the Japanese motor manufacturer went on and on about how cool it was to link up with the Woking team just like they had when they were last in the sport winning everything, nearly a quarter of a century ago.

“Partnering with Mclaren reminds me of the last time we were here, in 1992,” Honda president Takanobu Ito said. 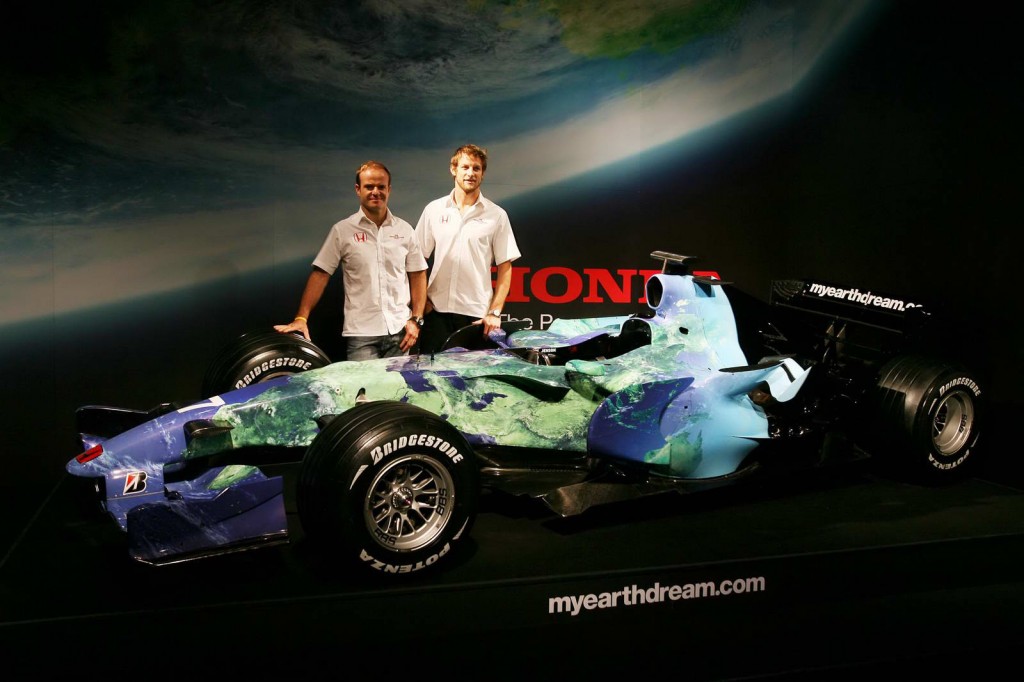 Must have imagined it

“We were really, really successful and had cool and sexy drivers all of which became era-defining icons.”

“It’s certainly changed an awful lot since then, in the 2 decades since we were last here.  When obviously, we weren’t here at all,” he explained.

The Mclaren Honda tie-up sent picture editors scurrying to their Prost vs. Senna back catalogue to tediously go over all that shit one more frigging time.

Meanwhile lots of other people swore they had far more recent memories of the company via a blue and green child’s finger painting of a car that used to pop up when the leaders started lapping the field or you were trying to remember what Jenson Button did for a living.

“That definitely wasn’t us,” Ito continued.

“I’ve been here the last 20 years and I’m sure I would have spotted something – like a bill.”

“Toyota had a red and white car; perhaps people are getting us mixed up with them?” he added.