Somebody with a wide assortment of DIY hand tools has offered to show Bernie Ecclestone what human rights mean in some of the countries Grand Prix are often held in.

Hugh Creditworthy said, “Mr Ecclestone suggests human rights are nothing more than whatever privileges states choose to bestow upon the citizens accidentally born under their jurisdiction.” 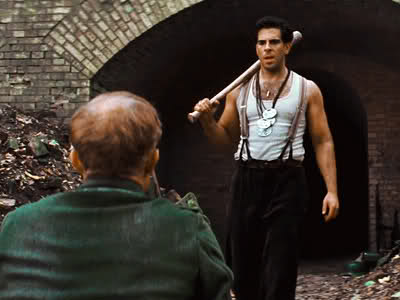 I do jurisprudence with the metal bat

“I thought this was an interesting if possibly confused interpretation so am volunteering to educate him with the writings of Hume, Locke and Voltaire, the UN’s Declaration of Human Rights,” he explained.

“And this pair of pliers.”

“I’m not sure if he gets metaphor, so I may have to do it as an Aesop style fable,” Creditworthy continued.

“My guess is he will do when I start quoting the preamble just after I’ve wired the car battery up to his old fella.”