Sebastian Vettel has apologised for 4 centuries of slavery.

The German driver made the contrition during a press conference where he did that face dogs do after they’ve been caught eating an unguarded bag of Quality Street or taken a shit on the living room rug.

Said the Red Bull Driver, “I’m really sorry [about slavery]. It was a disgusting blot on the history of mankind borne of an outdated notion of racial supremacy and driven by the aggressive Imperial policies of exploiting the natural resources of captured territories with complete contempt for the native populations.” 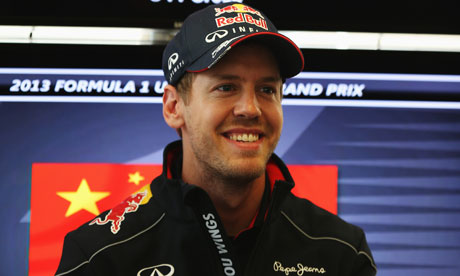 The 25 year old went on to offer similar regrets over the 2004 Boxing Day Tsunami, the annexation of the Sudetanland by Nazi Germany in 1938, the recent horsemeat burger scandal plus anything else the audience might have.

“I know I’m not responsible for it but I just wanted to say sorry as apparently it makes me look better and I want to go back to being “nice Sebastian” if that’s alright?”

“Though to be honest, if I was a 16th Century Conquistador wanting to get a load of gold out of the jungle, I’d probably not think twice about forcing the locals to do it under pain of death,” he added.

“But if I’ve already said sorry I think that’s the main thing: you know, rather than actually being sorry.”

“I’m pretty certain it’s what Gandhi said,” he suggested, sticking his middle finger up at everyone.