Ersthwhile F1 whipping boys, HRT have declared the recent Barcelona F1 test the most successful in their history.

The now defunct Madrid-based traffic islands made the announcement to an empty garage already strip-mined of every last bit of equipment not nailed down or already reclaimed by bailiffs.

Ex-boss Luis Perez-Sala said to an echoing, concrete shell, “this has been the best pre-season test in our history.” 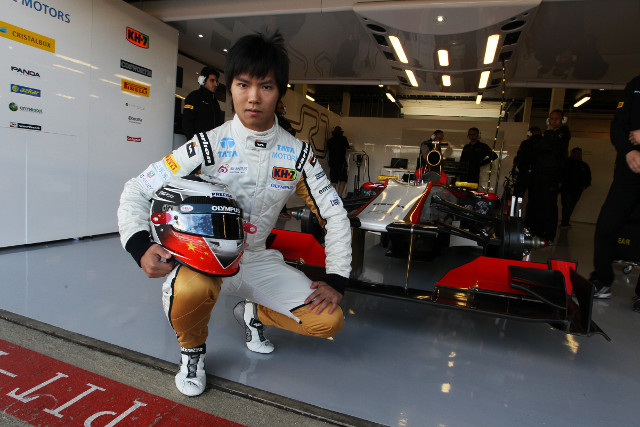 Even letting Gaz Coombs drive couldn’t save them

“Although we didn’t turn up and therefore completed no laps or miles; logged any performance data nor so much as waved at the grandstands or enjoyed a Spanish omelette with fellow teams this is an improvement on suggesting we would or pretending we might.”

“In short, we have achieved all our objectives which we didn’t set because there were none to have in the first place,” the hollowed out face just about managed to say above the sound of his own sobbing.

HRT entered the world of F1 back in 2010 with bags of optimism at a time when credit flowed freely, the FIA promised them there was going to be a cost cap and Spanish unemployment wasn’t yet 27% with all the banks completely fucked.

But then the fledgling Iberian slowcoaches realised an F1 team was created with more than just enthusiasm, some Polaroids of a Red Bull and an unlimited Capital One credit card and they were yet another team sent packing with not so much as the sound of a broken exhaust to serenade them to the Grand Prix garage in the sky.

“So in summary I’d just like to thank everyone who…oh,” Perez-Sala added to himself whilst a debt collector crowbarred an Argos Value Range Plastic Clock off the wall behind him.