Toto Wolff is absolutely certain this new car he’s got will fit into his garage despite there already being another car in it.

The new Mercedes GP whatever-the-fuck-his-title-is had the car bought for him by fellow Austrian, Niki Lauda who thought it looked pretty neat but neglected to check his colleague’s parking arrangements before wading in with his fuck off new chequebook. 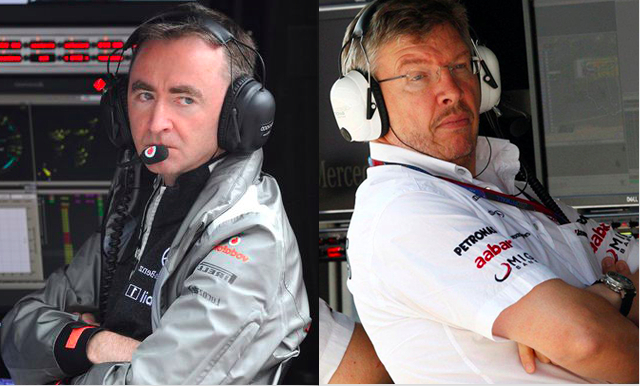 “I know it looks on the face of it that these cars which take up nearly 30 square metres of space won’t fit into a garage of just over half that size but this is exactly what I was brought in to do,” said the ex-whatever-the-fuck-he-did-at-Williams.

“Perform the impossible: or rather, convince the board we can do that for at least a couple more years whilst they’re paying us these ridiculous salaries.”

The 41 year old already had a company car allocated to him when he arrived at Mercedes.

It was a premium model; one of the most expensive and successful in the range but Lauda took one look at it and decided it was the wrong colour or something and so bought him another one.

Whilst there, he also got him a speedboat, quad bike, hovercraft and child’s sit-down digger just in case he didn’t have any of those either.

“I’m very grateful to Niki. Not everyone gets a company car and now I have 2. I think it’s only fair that I should drive both at the same time to show how grateful I am, therefore.”

“It will be an incredibly difficult job to pull off and it’s a big responsibility so I’m delighted to announce that I’ll let somebody else sort that out for me as well,” he added.