Caterham’s new driver line-up is a godsend to team members sick of taking the blame for being last all the time.

In finally ditching their experienced Grand Prix drivers for 2 novices with wheelbarrows full of cash, the authentically-challenged Norfolk-based F1 minnows can finally point at their wallet-heavy throttle jockeys as the reason for propping up the timing screens every week.

New team principal Cyril Abiteboul said with a straight face, “since the team came into being, our top class driver and designer line-up plus multi-millionaire team owner’s commitment promised great things as long as you didn’t think about it for more than about 10 seconds.” 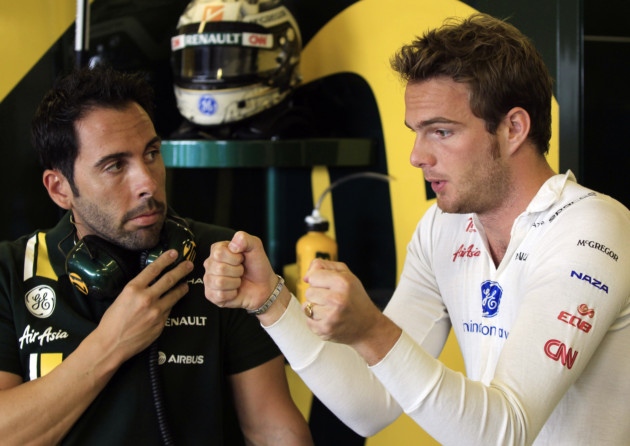 Then what do I do?

“But now we’ve got this pair of tuggers in it should be a lot easier to blame them for us tooling around at the back rather than the fact the new car was scribbled onto the back of a beermat by a designer too busy fucking off round the world in a dinghy and an owner who now occupies himself throwing every last bit of loose change he has at a glorified Championship football team.”

Caterham entered F1 as Lotus in 2010 which is a bit like saying Wimbledon entered the football league as MK Dons.

They then became Caterham following a legal dispute they actually won which is sort of the same thing only worse and have been turning up at Grand Prix ever since without anyone quite comprehending why.

“You’ve got me on that one,” continued Abiteboul.

“Vroom-vroom! Neeeee-oooooooow! Ka-Boom! Ker-ching!” went one of the new recruits when asked what his job was, exactly.