Team Lotus are to spend the winter break trying to remember why they exist.

The Kimi Raikkonen pension fund was created by a venture capitalist to sell Lotus cars for a company that was called but probably wasn’t actually Lotus, before they sold it back to the venture capitalist or maybe didn’t even own in it the first place or something.

Now nobody can remember what main sponsor Genii Capital does, why they’re still called Lotus and how come they’re painted black and gold if they have as much to do with that era of Grand Prix racing as they do with Ben Hur, Wacky Races or pod racing out of The Phantom Menace? 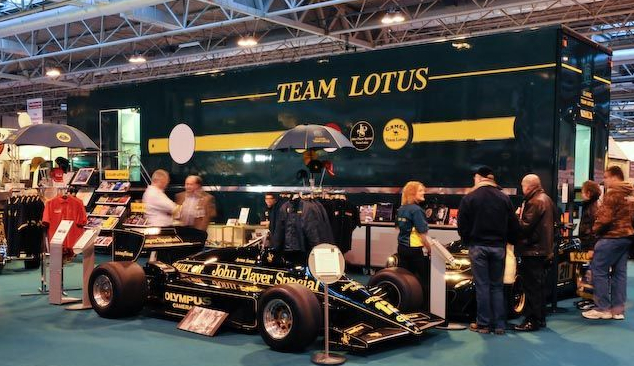 Eric Boullier told us after scratching his head for a long time, “I know there was a really good reason to call us Lotus at the time but I’m buggered if I can remember why now.”

“I think it was because somebody really liked the Spy Who Loved Me with the Esprit that doubled up as a submarine.”

“Or maybe somebody owned an Elise that didn’t break down every single week.”

“Or the Brabham name wasn’t for sale. I’m sure there was a good reason; I just can’t remember what it was now.”

Idiot who bought one of their hats at the British Grand Prix, Keith Le Bon commented, “I was really excited to see the Lotus name return to F1, where it belongs.”

“Now all we need is the Lotus team to return as well.”