The stalwart of BBC’s all-day sportathon, Grandstand, ITV F1 coverage, Champions League football and darts from Lakeside considers the move inevitable if he is ever to return to top flight sports frontage. 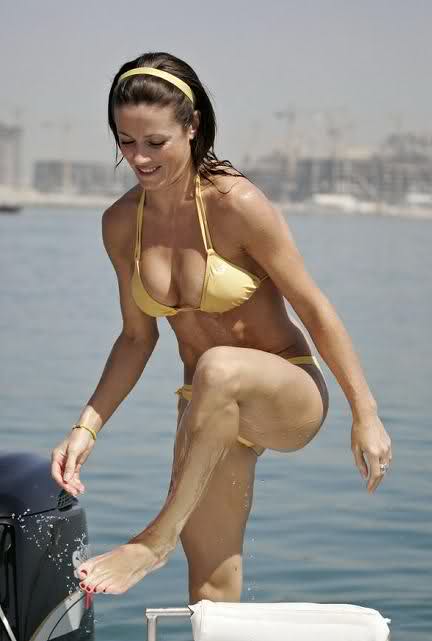 How did you get your job, again?

“But the recent recruitment of Suzi Perry to the BBC’s chief F1 presenter role and the rise and rise of England’s favourite horse-enthusiast lesbian, Clare Balding has shown Steve which gender direction the broadcasting wind is blowing.”

The 80’s bouffant favourite currently resides on Sky’s F1 Legends show where he gets to talk to Jackie Stewart for the millionth fucking time in between wondering which heinous sexual act squinting plank, Simon Lazenby had to perform to get his gig.

“Steve is already halfway to the physique necessary to confuse Eddie Jordan he should try his luck given his love of the sedentary sport of golf,” Haribo continued.

“And given the headstart offered by his glorious locks it should just be a matter of weeks and several evenly spread oestrogen injections before those pancake man boobs flourish into the sort of rack even Bernie Ecclestone would take notice of.”

“If you stuffed his wallet in the cleavage, first,” he added.