Pirelli are working on a compound of tyres that won’t take no messing if you spill its pint.

The Italian rubberized wheel specialists made the announcement following fears the compounds became increasingly conservative and soft towards the end of the 2012 season with drivers able to push the compounds around and insult its mother with impunity. 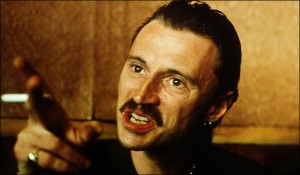 “But the 21st Century has seen them transformed into an espresso-sipping dilettante more likely to doff its cap to a victorious competitor than stabbing it surreptitiously in the arse on the way to the podium.”

“Regaining an air of swarthy Italian menace will now be a priority to regain some of that mysterious money-spinning allure,” he added.

The F1 landscape is littered with the failures of those who neglected the cultivation of an aura of violent jeopardy as a strategy for flogging tyres to a cynical public, Salhive explained.

“Dunlop were soft as shite whilst Firestone couldn’t blow the skin off a rice pudding.”

“And don’t even get me started on Continental who were barred after Bernie famously beat them in an arm wrestling contest and they were caught afterwards, crying in the car park.”

Pirelli have begun their 2013 preparations by warning teams if it catches any of them looking at its bird it will do something to their balls with this airgun it definitely wasn’t originally designed for.