Jim Clarke has finally admitted his chances of winning the 1968 World Drivers’ championship are gone.

The 32 year old dead Scottish racing driver was reminiscing at a seance of invited journalists who all think things were much better in the 1960s when they could drink, smoke and molest women with impunity whilst exciting things like accident fatalities happened on a regular basis.

And it was during this Q&A ouija board session that the former borders farmer admitted his chances of landing the title were as dead as he is. 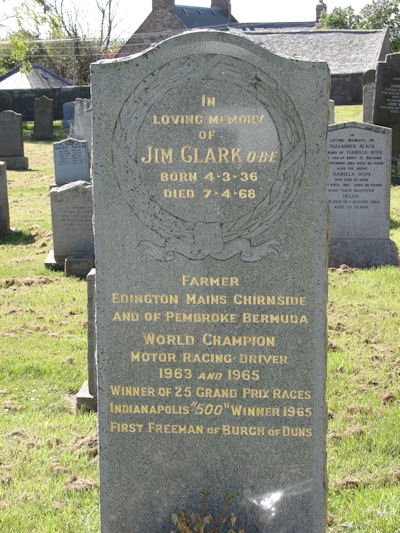 Adele largely inaudible from down there

“I always said I would keep fighting until it was mathematically impossible for me to win,” he informed the audience by banging on the pipes, rippling the curtains and moving Scrabble tiles around a card table.

“But now Graham Hill has been declared champion for 44 years and this pine tree is permanently embedded in my head, I think it’s is the right time to admit defeat,” he admitted, admitting defeat.

“Mathematically, 1968 may be over 40 years ago and technically Jim may have been under 6 feet of Scottish highlands soil for that period but a statement like that just plays into the hands of his competitors.”

Bookies immediately stopped taking bets on the Lotus driver about 10 minutes before doing the same regarding Kimi Raikkonen’s 2012 chances.