Ron Dennis is to ensure only suitably shaped Nachos inhabit the Mclaren motorhome.

The recruitment of Sergio Perez to the Woking team nearly collapsed at the last minute when it was revealed the 22 year old was a big fan of his country’s staple diet of re-fried leftovers and crisps. 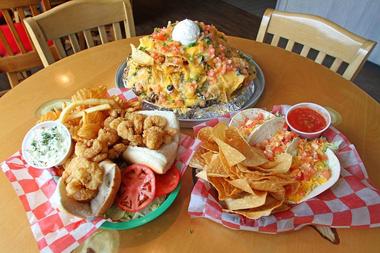 “Sizzling skillets piled high with chimichangas and guacamole are an accident waiting to happen to whichever Boss suit happens to be standing nearest the inevitable runny cheese expulsion incident.”

“And that’s before we even get into the potential terrors of inserting slightly over-sized lemon slices into the neck of a bottle of Sol,” he added.

Mclaren’s strict aesthetic code extends from the exact colour of floor tiles in the team’s technology centre to the angle of centre parting on Jenson Button’s dandruff-free head.

“I’m not anally retentive, I’m just saying that if every Nacho in Paragon isn’t the exact same surface dimension as this Dairy Lee cheese triangle I am going to stab Sergio with my Mont Blanc Boheme Bleu mechanical pencil,” Dennis commented.

“And don’t let me even smell a burrito.  You know how hard it is to get blood out of these volcanic basalt floor tiles from when Fernando was here.”