Sergio Perez has been warned by a wild-eyed old man with chaotic hair not to go in that big Italian house.

The 22-year-old was attempting to retrieve a valuable legacy from the residence last week but claims he was frightened off by a beautifully bouffanted, crazy looking individual at the exact same moment an unrealistic storm broke out.

“I must admit I had been getting nervous walking up the long, dark, narrow, tree-lined driveway,” he told 4 young reporters and their big dog. 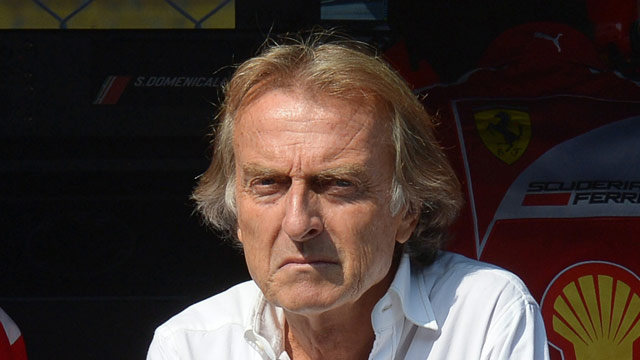 Many have shat themselves

“But I was truly petrified when this elderly gentleman with a demented look in his face – albeit, wearing stunningly long, beautiful, blow-dried hair and in an immaculate 3 piece suit – suddenly appeared from behind a pair of cufflinks.”

The Mexican went on to explain how he was told to stay away from the house as it was haunted by an angry ghost with big eyebrows who would make his life a misery.

The mono-browed apparition is said to appear only when it fears for its occupation of the ancient, crumbling farm house whereupon it stomps around with both hands at the quarter-to-3 position making a whining noise.

“What can I do? It’s surely impossible to go into the house in case I am confronted by an unarmed, faintly glowing man in a bad mood. Reluctantly, I must return home therefore,” he explained.

The Sauber driver will now be forced back to his existing residence despite it being occupied by the spirit of a kamikaze pilot, forced to stalk the earth unaware the purpose of his mission finished over 60 years ago.