Lewis Hamilton is releasing mother Carmen from her parenting duties.

The 2008 World Drivers’ Champion confirmed the woman who’s vagina he emerged from 27 years ago would no longer be required in a press statement issued by his management company.

“I’ve had a marvellous time being the son of Mrs Hamilton but after nearly 3 decades it’s time for me to move on as a person and feel it’s therefore the right time for both of us to release my mother from her contract,” the statement said. 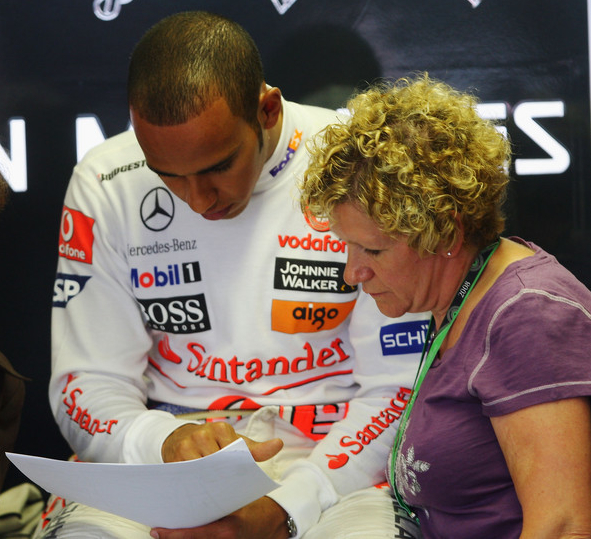 “I will in due course announce a new Mrs Hamilton but until such time, wish to thank the existing Mrs Hamilton for all the hard work she’s put in over the years and wish her all the best for the future.”

Lewis’ mother conceived the Englishman 28 years ago when she was inseminated with the semen of his father, Anthony whose own dad-based contract was terminated in 2010.

The ensuing foetus grew steadily over a period of 9 months before leaving the womb during childbirth to become baby Lewis.

“By most mothering yardsticks, Lewis’ has done a sound job but this is Formula 1: for Lewis to maximise his brand potential, Carmen just isn’t good enough ” media commentator, Jake Scabies commentated.

“Then again someone from Loose Women would probably be an improvement so how about Carol Vorderman,” he added.