Felipe Massa’s brief spike in competitiveness during the summer was just an elaborate plot device.

The most recent development in the Brazilian’s crazy 12 year F1 career – a dramatic resurgence in form following an embarrassing run of performances – was not a precursor to a fully-fledged Rocky IV style comeback as many had predicted. 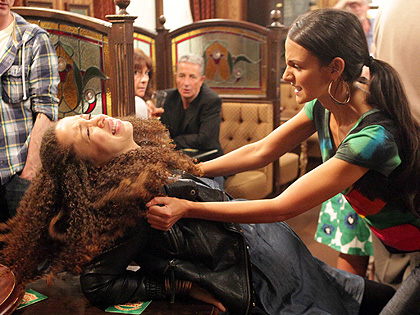 It’s not worth it Felipe!

“This isn’t the end of him but I can promise avid viewers something suitably dramatic in 2013: possibly involving an oxygen tent or at the very least the trauma ward of a large hospital.”

In between, his roller-coaster career was bankrolled and manipulated by Brazilian television stations lacking a big draw since the death of Ayrton Senna but unhappy with discount, anodyne wavy-Davy lookalike substitute, Rubens Barrichello.

“So we’ve had the tantrums and frustrations of youth ironed out and channelled into something powerful by a wiser, older counsel; the subsequent glory followed inevitably by despair. Basically it’s the Karate Kid films in Portugese minus the re-boot version.”

“Which is weird because when they were first casting, Ralph Macchio was this close to getting the part,” he added.