The 2007 World Champion returned to Formula 1 after an intense 2 year commitment to bumming around the forests in a big hat drinking cider and crashing into trees.

And now the Finn has revealed he’d like to return to his first love of titting about just as soon as he’s got this pinnacle of motorsport thing out of his system once and for all. 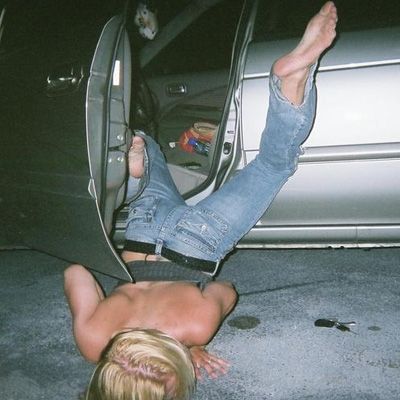 “Ever since I was a little boy growing up in the cold snowy wastes of Northern Finland I’ve dreamed of sitting on my arse pissing my life away,” he told Auto-Geburstag-und-eines-Hartgecochtesei-mit-das-Schoeneste-Semf magazine.

“It’s everybody’s dream: vegetating away your existence in a cold stupor of alcohol and X-Box. Though – weirdly – I’ve also quite wanted to compete in motorsport at the highest level.”

Despite not winning a race, the 2012 season has been a success for the 32 year old thanks to a competitive Lotus E20 coupled with a strategy of hanging about letting everyone who appears to give a shit, dicking it up.

The Finn currently stands 5th in the World Championship therefore and stands as good a chance as anybody who can’t really be arsed to win himself yet another World Driver’s title.

“I guess it would be weird to win again. It would be my second wouldn’t it?” Kimi continued.

“I can’t really recall the first one. It was very hot then I was standing on a box holding this big shiny thing. I think I was wearing a red hat.”

“Sorry; I’ve seen photos but all I can remember is trying to complete Medal of Honour whilst drinking my own weight in Absolut that weekend,” he added.