The hapless Brazilian’s season has gone from bad to worse to not too bad to Jesus Christ!!! in the space of 6 embarrassing months at the same time as team-mate Fernando Alonso surfed the world’s sodden tracks to the summit of the world drivers’ standings.

Yet in an ironic twist of fate, the very water providing the glossy sheen to the Spaniard’s victories and upon which the 31 year old has amassed his mid-season lead, was summoned from the one person least likely to donate his own piss should the double world champion find himself on fire. 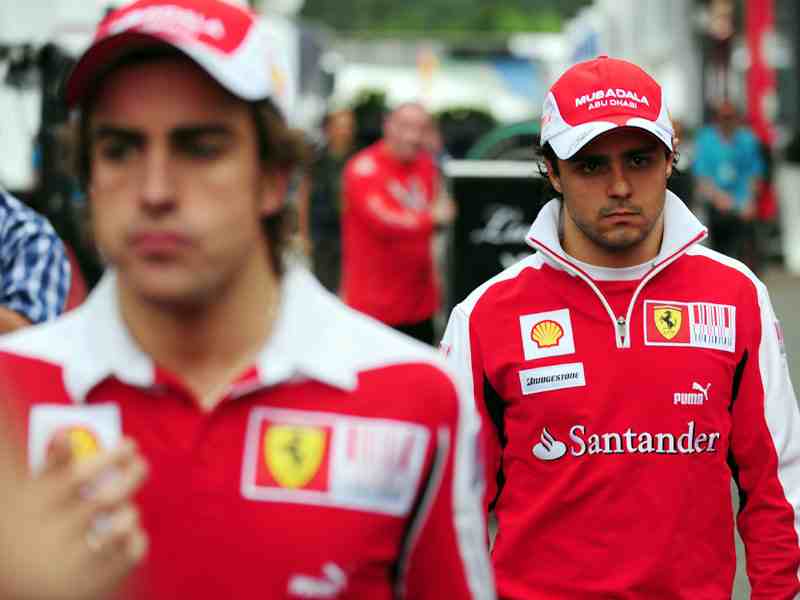 “Felipe’s constant gnawing sense of failure, futility and despair has accelerated ever since that race where the team did the equivalent of calling him over the speaker phone in an open plan office to remind him about the bumming clause he signed in his contract,” F1 paddock pundit and part-time amateur meteorological expert, Gypsum Fantastic said.

“This crushing weight of existential angst has not only proved too much for Felipe but too much for any high pressure weather systems that would normally be expected to provide warm, sunny weather; light winds and a touch of low cloud, later in the afternoon.”

The resultant cross-continental deluge thus created the ideal conditions for his nemesis to surge to glory; just as the Brazilian’s season was washed away by the same veil of South American tears – but metaphorical ones, obviously.

Richard Dawkins said, “this is classic evolutionary symbiosis: both need the other even when one’s being bent over and fucked in the arse.”

“That’s what happens with Praying Mantis’ isn’t it? Or am I thinking about that fish and the sea anenome?” he added.

HRT won in the end