British F1 fan Gemma Doughnuts is pretty ‘meh’ on Formula 1 whilst the Olympics are on.

The 20 year old from Kent usually spends the summer break cycling through her F1 DVD collection desperately shoring up her self-esteem by pretending somebody she doesn’t know gives a shit about an opinion she’s offered up in a forum about Mclaren updates.

But ever since Dizzee Rascal leapt out from behind a hedge in front of 700 trampolining children dressed as invalids, the Agricultural Studies undergraduate has completely changed the way she wastes her August. 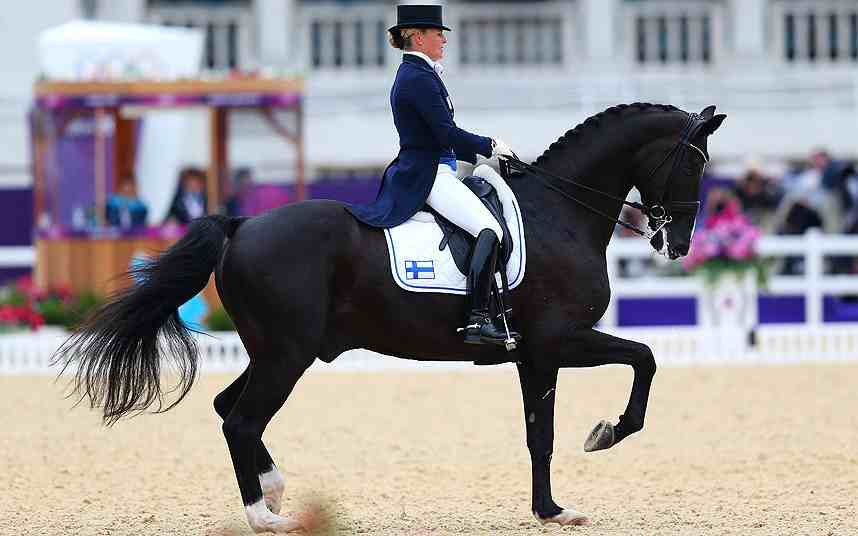 “Christ: I hope nobody from the stables can see this”

“The cycling I enjoy particularly: all the other countries turn up, then agree to let Chris Hoy win. Even the bloke on the motorbike who I’m pretty sure would have been a shoe-in for the gold, otherwise,” she added, stuffing Vodafone Mclaren merchandise into a series of bin liners.

The Games have been a surprise to many who assumed the only people interested in horses mincing around a gravel pit or women the shape of car accidents heaving dustbin lids into a field were the mentally disturbed.

But with Team GB racking up the golds faster than Boris Johnson to an Olympic PR opportunity, even tantalizing speculation about forthcoming tyre compounds, the Nurburgring’s balance sheet and Austin circuit’s bitumen to aggregate asphalt mix has struggled to compete with the leviathan quadrennial sportabation contest frenzy.

“Actually, I can’t believe I just said that.”