The Caterham F1 team have lost that thingamabob that’s the only tool that fits that nut that holds that thing on.

The team’s recent factory move saw the 200-strong workforce decamp 150 miles to a new site in Leafield only to mislay the only one they had of that sort-of hammery-screwdrivery thing.

Team boss Tony Fernandes said in a hat whilst grinning, “it’s just typical of Caterham. Why we have to make proprietary tools for the F1 team as well as our gullible customers is beyond me – but we do!” 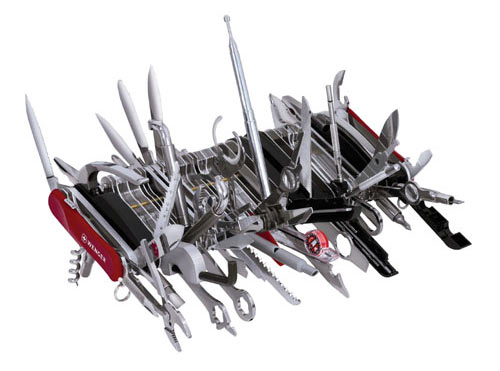 One of these, probably

“Some people think it makes us look amateurish and shoddy but I prefer to think of it as practical and endearing.”

“At least, that’s what I’m telling the marketing department to put on the magazine ad.”

The exclusive implement is said to be about that big with a sort of bevelled handle attached to a metal rod below an attachment that’s slightly curved at the top and looks like a Philips screwdriver head but isn’t. It is red or possibly blue.

The team’s subsequent inability to tighten or loosen some clasp or bolt or nut or something almost certainly hastens Vitaly Petrov’s usual high speed journey into that wall during opening practice and the hunt is on for where the fuck the fucking fucker’s got to.

“I swear to God it was lying on that Black and Decker workbench where we used to keep the drills,” junior machinist, Lance Shuntrape said.

“I remember because I was looking for the 3-in-1 which was hidden by a load of cobwebs and it was in the same place.”

“It must have fallen down the back during one of Mike’s [Gasgoyne] cup throwing ‘inspirational speeches’; which admittedly, doesn’t really narrow the time period down much,” he added.

2013 Ferrari Massa being considered for, revealed