Pastor Maldonado is to race at Silverstone inside a protective see through plastic box, F1 authorities have announced.

The Venezuelan’s t-boning of Lewis Hamilton at the European Grand Prix shocked onlookers with how long it had been since the last time that happened.

But the FIA moved quickly to counter any accusations the Barcelona winner got off lightly by insisting his involvement at the Silverstone event be conducted entirely within the humiliating confines of a mobile ‘sin bin’. 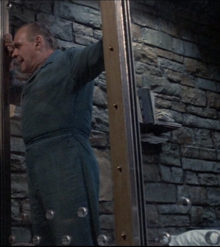 Encasing lunatics behind plastic has a long history of success

“Pastor has been a law unto himself but that law may as well be written in the snow in his own piss for all the respect he has for it,” Grand Prix fan, the Archbishop of Canterbury suggested.

“Encasing him in a peripatetic Tupperware container to protect other drivers from his Latin temper tantrums is the least they should do to protect the rest of the grid,” he added.

The square, see-through carapace or ‘Spin Bin’ is just big enough to envelope an entire F1 car with the resulting performance degradation designed to humiliate the South American to a level merited by the original offense.

The addition of a ‘Helmet of Shame’, copied from an Eddie Irvine template and annotated with highly offensive racist and sexist abuse in the language of the local populace then rubber stamps the driver’s punishment by attracting the maximum possible crowd opprobrium.

“One weekend driving around a damp airfield at the back of the field to volleys of abuse and styrafoam cups will finally see Pastor curb his aggressive instincts,” an FIA spokesman said.

“Or if it doesn’t we can always revert to the nipple clamps and car battery option. Max doesn’t need them any more so at least we can finally put them to good use.”