Red Bull reckon all this petty rule squabbling should be enough to distract the FIA from the fact Sebastian Vettel is really a robot.

The fizzy drink pedaler’s latest indiscretion concerns something complicated and incomprehensible to do with wheel-inners and comes off the back of something baffling and inexplicable to do with the underneath bit of their car.

But far from this being an engineering department sailing too close to the red dividing line winds of the FIA’s rulebook, the team were breathing a collective sigh of relief the painstaking weighing and measuring had distracted the FIA from the real issue of their World Champion driver’s synthetic life form disposition. 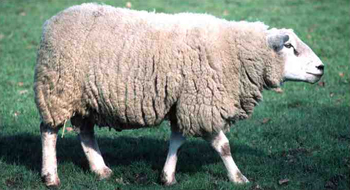 “Seb’s a robot, there’s no getting away from it,” editor of Practical Android, Ned Granules commented.

“You can’t be as fast and pleasant as him. The fact they made him German as well is a dead give away.”

“But Red Bull covered it up by deliberately diluting his algorithms and distracting the FIA with incomprehensible, arcane rule loopholes every time they got suspicious about the mechanical humming sound coming from Seb’s ears, the red flashing eyes or teas-maid making facilities”.

And whilst the governing body continue to wrap themselves in set squares and measuring tape, many fear more races will have slipped past for the smiling young automaton to click and whir his way to a 3rd World Championship.

“The FIA have to expose this subterfuge themselves: it’s no good just relying on him blowing a fuse and thrusting a pornographic magazine into an intern’s mouth or shaving his head and running amok in the Red Bull hospitality area with a Colt 45 like in Alien or Westworld.”

Red Bull denied the accusations, however.

“This is all a load of nonsense. Would you like a cup of tea with that? Pi to the 7th decimal is 3.1415926. I’ve….seen things you people wouldn’t believe,” Adrian Newey told reporters whilst an engineer adjusted something in his right ear with a screwdriver.