Hunt, now a 45 year old ghost, retired from the earthly plane in 1993, successfully passing through the gates of eternal paradise to a perpetually bubbling astral Jacuzzi filled to the brim with the most nubile angels and deceased British Airways stewardesses heaven could spare.

But as the randy 1976 World Drivers’ Champion channel hopped his way through eternal bliss his eyes nearly popped out of their incorporeal sockets when he caught sight of the homage helmet, live on heaven’s BBC satellite feed. 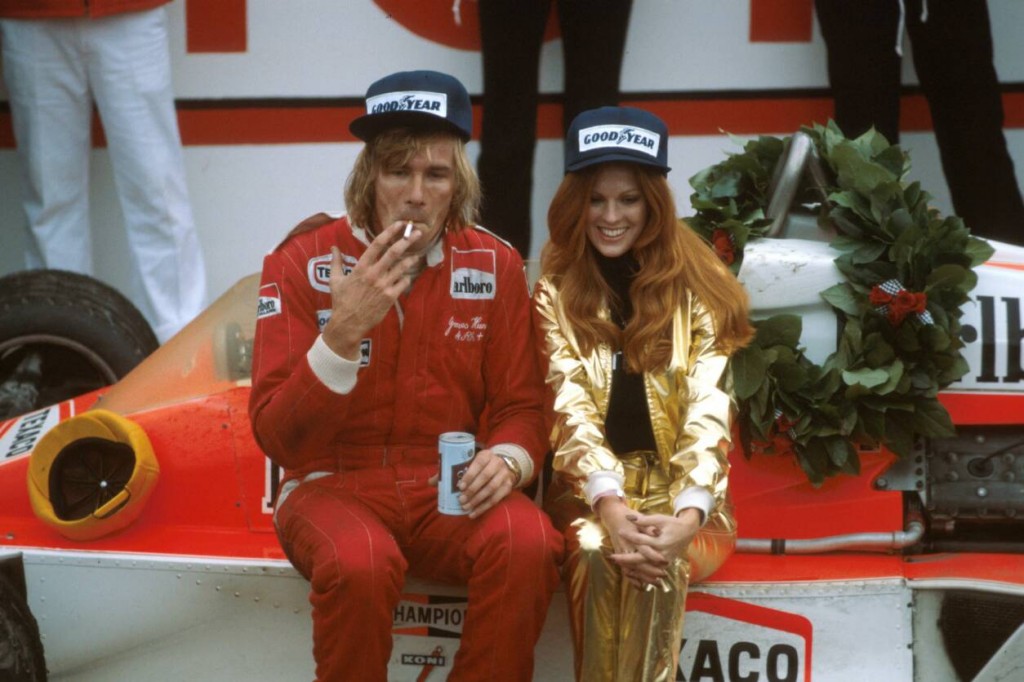 “Anyone who has taken the trouble to bang as many grid girls, trolley dollies and Miss UK’s as James is very sensitive about their legacy,” spirit-bothering Scouse charlatan, Derek Acorah told us.

“It’s all very well Kimi admiring the debauched, bacchanalian, anything-goes lifestyle but it’s quite another thing appropriating it via the superficial adornment of his inspiration’s skid-lid.”

Raikkonen’s appreciation of the Englishman’s laissez faire booze, birds and racing attitude stems from his belief Formula 1 has become more anaesthetized as money has poured into the sport and the fact he loves getting pissed.

Yet now the Finn faces an anxious few weeks waiting to see if Hunt will cross into the living world to punish the 32 year old Lotus driver as a result of his misjudged tribute.

“James is mad so Kimi will have to watch out. From having his favourite chilled glass of Smirnoff diluted with an ethereal discharge to his wife’s sleep disrupted by unearthly clockweights resting on her eyes; anything’s possible,” Acorah explained.

“And for another £500 I can tell you what Gilles really thought of his supposed Ferrari tribute and why Jacques will never make his father truly proud,” he added in a funny voice through a Ouija board as an assistant shook the curtains whilst turning the lights on and off.

Haas 5-year plan to get worse