The HRT team are requesting another 3 races be added to the 2012 F1 calendar.

With the season picking a different winner at every race so far, the Madrid squad’s analysts have calculated a 23 race calendar should be sufficient for at least one of their drivers to clinch victory.

“Look: at the start of this year I was happy we weren’t having to turn paddock tricks to keep us in WD40. Suddenly, wins are getting doled out 1 man, 1 race and even the Venezuelan gets a go on the podium,” HRT head, Luis Perez Sala pleaded. 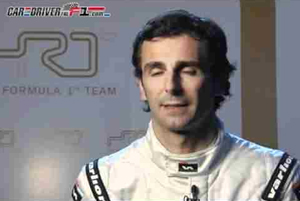 “It’s not much; just 3 more races. We could do Brazil twice then get on the bottom of a Speedway bill or something. Bernie could even do some Christmas branding; get Jean Todt into a Santa suit, Schuey on the back of a reindeer: everyone’s a winner.”

If the pattern of different winners at every race were continued, 2012 would see 20 drivers having climbed the top step come the season finale in Brazil, raising the ridiculous prospect of a Japanese or Mexican fella winning a race or Michael Schumacher ascending the podium on a Stana Stairlift.

But even this wouldn’t be enough for the tapas tailenders where nothing short of the International Space Station striking the startline during Q3 or an Ebola virus outbreak in the Red Bull Energy Centre would be required to see the Spaniards capitalize on the season’s egalitarian trophy distribution.

“Actually, we’d probably only need 2 events: even if we raced for the next 50 years there’s piss all chance Massa will win anything,” Sala added.

Nobody sure who anybody working for any more