Mclaren are well on their way to achieving Ron Dennis’ goal of single-handedly saving the planet from environmental destruction in 2012.

The team from Woking attracted much criticism at the Spanish Grand Prix as cast and crew conspired to cost Lewis Hamilton a certain pole position owing to confusion surrounding the concept of clockwise and anti-clockwise.

But an interview with team principle Martin Whitmarsh pours sparkling pure water on the accusation of incompetence with the revelation the jerry can catastrophe was merely an example of the team’s new extreme green credentials commitment. 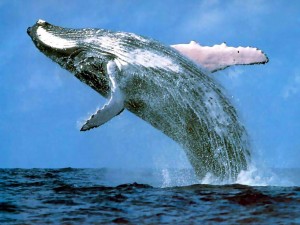 “Anyone who thinks we’re some sort of fucking incompetent idiots who can’t even turn a fucking tap on and off are a bunch of fucking wankers,” the 1998 Constructors’ Champions’ CEO was quoted.

“I mean: what sort of cunt hires some cunt like that?”

“Show me the cunt who fucking thinks that and I’ll show them my fucking blow torch and these pliers,” he added during an interview for the team’s in-house magazine, Racing Line.

The team’s CEO went on to describe how under-fuelling Hamilton’s MP4-27 was actually part of a company wide strategy designed to save every last drop of the planet’s precious resources before it’s too late and we’re all boiled alive or drowned or frozen or eaten by displaced polar bears or some shit or other like that.

“How many races have we won? I don’t fucking know: hundreds probably. Read a fucking almanac. The point is: do you think we’d deliberately fuck up filling a petrol tank or tightening a wheel nut?”

“Have you ever looked in the mirror and wondered who that cunt was? Do you know what having your bollocks soldered to a 12 pound battery and being hung over a railing feels like?”

“Well shut the fuck up then,” he said in the edition’s monthly, “Nice to Meet You” article.

Hamilton actor warned to tone it down