Mclaren are unable to figure out when a design is good enough to steal or not, writes our plagiarism correspondent, Stig Quim-stretch.

Despite attempts to sabotage their success with a series of Frank Spencer-inspired personnel malfunctions, the team from Woking looked all set for a successful 2012 season following victory at the opening Grand Prix in Melbourne.

But an initial hot streak soon became one of pure piss as, in tandem with a new raised nose design because that’s what everyone else has, Ron Dennis’ outfit slumped to an also-ran circus act unable to put a wheel on straight, fill up a jerry can or discriminate properly between the bits of their major rivals worth copying and the bits that weren’t. 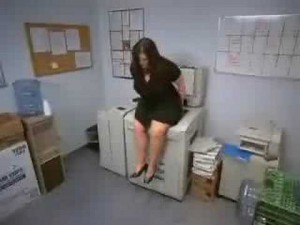 “It showed not only that they had a terrific engineering department but one that knew exactly how the best bits of their major rivals’ designs worked. Or, if they didn’t; somebody who did and would flog it to them for the right price.”

“2012 seems to indicate this ability to know what stuff other people have come up with that could make their car go faster has diminished however and face an anxious few months trying to figure out how to come up with better stuff off their own bat instead,” he added.

When launched in February, Mclaren’s aesthetically pleasing model seemed doomed to failure when set against the propensity clusterfuck of still-born mechanical monstrosities dreamed up by every other team on the grid.

But until they decided to retrain their workforce from the Chuckle Brothers manual and re-design their car to everyone else’s specification, the 1998 constructors champions appeared to have the last laugh with performances right out of Ron Dennis’ most exciting top sock drawer.

“Mclaren are like a bloke with a scab: always picking at it and making it worse when they’d be better just leaving it alone,” Pudendum continued.

“Or, for that to be a proper analogy: like a bloke with a scab who thinks a bruise is better and hits themselves with a hammer but just ends up in lots more pain.”