Former fiercely anti-Sky zealot, Doug Prund feels unable to tell anyone about his recent subscription to the satellite provider’s F1 coverage for 2012.

Doug – real name, Douggie – was like many Formula 1 fans, utterly livid last summer when the BBC sought to extricate itself from the £50m a year F1 coverage deal by going into a part exchange o.n.o with Sky for the remainder of its contract, once they’d confirmed this fucking Match Of The Day remuneration invoice was genuine.

The deal meant that for the first time ever, fans could feel justifiably incandescent at the banality of uninformed opinion dressed up as expert analysis because they’d actually had to shell out for it directly rather than get the piss-poor dribbling guff free with their TV licence. 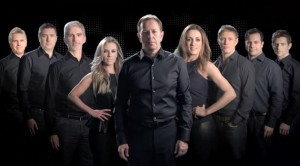 “I was absolutely adamant Murdoch and his filthy cronies at News International wouldn’t see any of my hard-earned money,” the Nationwide Building Society branch manager told us.

“I posted apoplectic messages in newly subscribed fan forums raging about the unfair cost imposition, hurled my opprobrium and disgust at my resolutely terrestrial TV set following every revelation from the Leveson inquiry and even stopped buying the Sun – for a bit.”

But once the 28 year old was exposed to the sheer breadth, depth and visual quality of the broadcaster’s cutting edge technology via an advert just before a Ghost Protocol showing at his local Pontefract multiplex, the first falterings of antipathy toward the Australian tycoon’s coverage began.

“All I know is: one minute I was clicking on a SKY banner on an F1 website, the next I was holding a credit card staring at 12 easy monthly payments of barely 40 quid with a stupid grin on my face.” 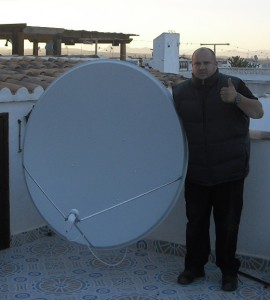 Sky F1 HD: bringing nothing but unbridled joy to all subscribers

Andy – full name: childhood friend, Andrew Contrabands – still lives at home with his parents thanks to an employment-compromising incident at his last place of work involving an unsanctioned, inappropriate webcam and a more senior female member of staff.

Sharing his friend’s long term love of the sport but stripped of any significant means of income, the pair vowed never to touch the filthy broadcaster’s competitive broadcast packages nor sully their homes with plastic dishes; even assuming Andy’s parents’ planning permission hadn’t been revoked since that incident with the man from the council and a 40 foot-wide, “FUCK THE ARGIES!” banner Mr Contrabands insisted on hanging from the guttering to celebrate 20 years since the Falklands conflict.

“But I’m not sure how he’ll take it. To be honest, I’m more worried he’ll want to come round. I’ve never really been able to sit on that sofa since the last time he was here and there was that incident where I caught him with the home cinema remote control and the tube of Primula.”