Male chauvinists are grateful there are 3 Frenchman on the F1 grid at least now the only Italian has left, writes our sexist pig correspondent, Brad Penthouse.

But the coterie of bare, hairy chested men berating F1’s once thriving hot-bed of unreconstructed chauvinism were calmed somewhat upon being reminded of the sudden influx of Frenchmen into a sport now lacking a single representative of the Mediterranean’s worst examples of testosterone-fuelled misogyny. 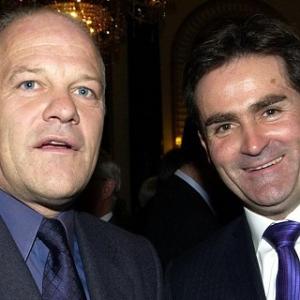 Apart from the Spanish.

“Though we’re aware Jarno was a calm, measured, 37 year old happily married father of 2 it was important to those of us who cling to the glorious ideal of daredevil lotharios risking life and limb for victory and a quick knee trembler behind the team motorhome that at least one Italian should remain [in the sport],” intransigent sexist, Conan Amis told us.

“Italians have remained rigid symbols of uncompromising anti-feminism in the face of 21st Century progressive womens’ lib heresy: neither dampening their manly knuckles with dishwater nor cluttering serious minds with the protocols of a self-cleaning oven”.

“They have fought to maintain the gender division between work and home; even if as modern day Italians, a hard day walking the streets in Ray Bans and faded denim pinching the bottoms of passing female tourists is the only work they can get at the moment.”

It’s hoped that the more anodyne male posturing favoured by the French meanwhile, may be enough to keep the antiquated testosterone quotient alive at least for this season.

“Usually we’d need another Italian – or maybe a Greek – but 3 whole Frenchmen might be sufficient so long as they’re prepared to make full use of their traditional Gauloises-wreathed provocative leer, Gallic goosing technique and sexual assault of a chalet maid in whatever hotel they’re put in,” he explained.

Schuey castigates Alguerasari Oz tactics: “when I was his age, I’d have driven me off the track”, rages ex-champ